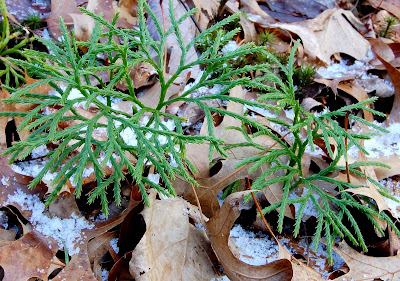 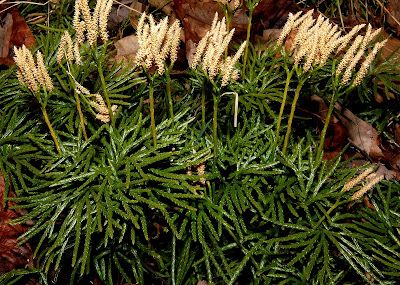 Hmmmm, I need to go back to a site here in the Oak Openings of NW Ohio to see what we've really got.... a good excuse for a day in the winter day afield.

Good luck Marianne, I hope you find the rare one! A few more clues: Lycopodium tristachyum is sometimes called Deeproot Clubmoss because the horizontal stems are below the surface of the ground (not just below the leaf litter). Also, the tiny, spreading lateral "leaves" give the plant a prickly appearance.