A few weeks ago Pete Grube and I were scouting for unusual plants in a swamp forest at the Indiana Dunes State Park and Pete discovered a colony of the elusive little Pinesap. This plant lacks chlorophyll and derives its nutriment without photosynthesis, making it well-suited for deep shade. Long thought to be a saprophyte, it is now considered myco-heterotrophic, living in association with soil fungi. It has a special affinity for oak woods with abundant rotting leaf litter, and such woods often are inhabited by the closely related Indian Pipe (Monotropa uniflora), as well as several orchids of late summer and fall. When heavy rains occur in August, look for these mysterious little plants a few days later. 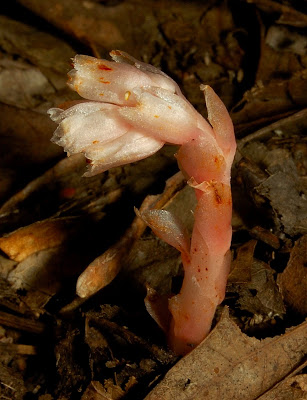 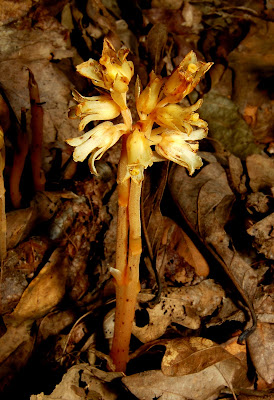 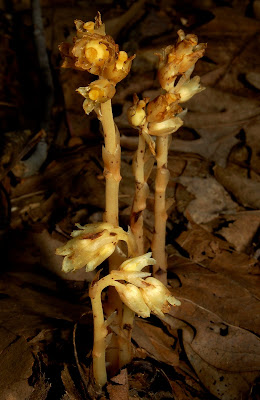 Email ThisBlogThis!Share to TwitterShare to FacebookShare to Pinterest
Labels: Monotropa

The magnificent rock cliffs and canyons of central Indiana support a nice variety of pteridophytes. Walking Fern, shown below, grows on damp rock walls and fallen boulders, especially where it's mossy. It's called "walking fern" because sometimes it gets up and moves around to find a more suitable place to grow! OK, that's not true, but it does have a pretty cool trick. The long-attenuate blades take root at the tip and new plants sprout - an excellent form of vegetative reproduction. Sometimes the tips are not touching the substrate, but little plantlets grow and eventually fall off, spreading the fern to new locations. 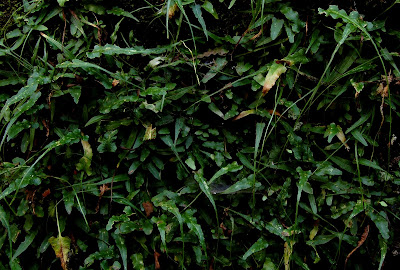 A rare hybrid of Walking Fern and Ebony Spleenwort is called Pinnatifid Spleenwort, Asplenium pinnatifidum. It sometimes shows up on a damp rock shelf beneath an overhanging outcrop. 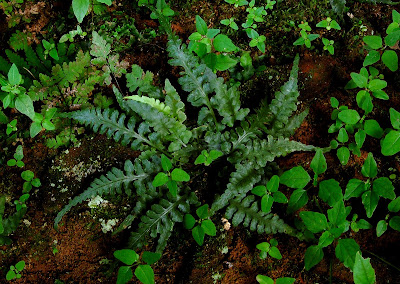 Any trip to central or southern Indiana should include waterfall photos. They're tough to find right now, however, as many are almost completely dried up 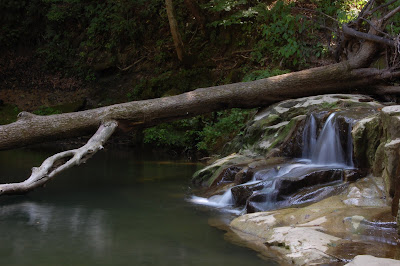 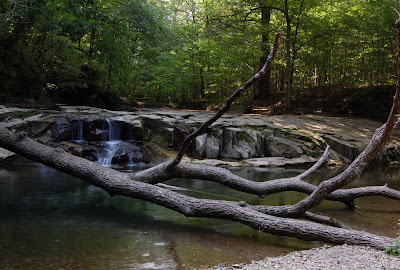 Posted by Keith Board at 9:38 AM No comments:

If you go into a wet prairie remnant and spend 5 hours crawling through dense vegetetion looking for Thismia americana, and if you run afoul of Slough Grass or Prairie Cord (Spartina pectinata) in the process, this is what your arms might look like afterward. Even so, it's a good way to spend a day, and there are lots of other great things to be learned and discovered. Certainly Thismia is out there somewhere, waiting to be rediscovered!! 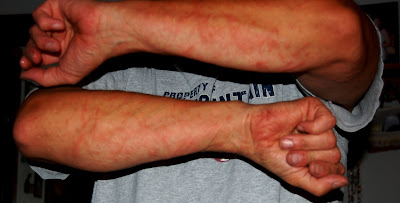 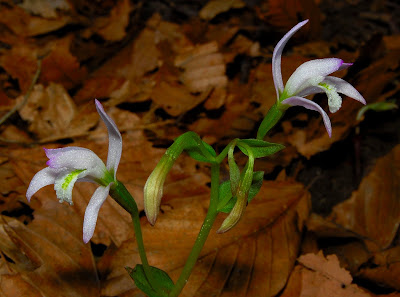 It's an unusual plant for many reasons, but its strangest characteristic is the timing of anthesis. Most plants have three flower buds, and all plants in a forest will open their first flower on the same day, as if they could communicate. Twins like the ones shown here are only occasional. 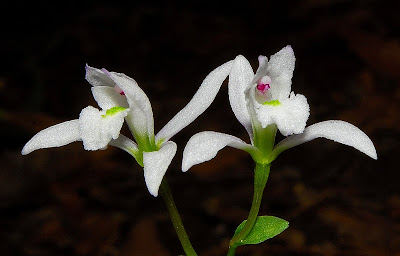 The flowers only last a day, and about two or three days later, the second set of buds will open, an so on. If your timing is not perfect, you are not likely to see the plant in flower. 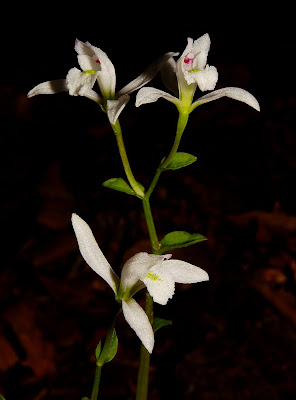 It sometimes lies dormant for several years, then suddenly flowers show up in mass profusion. After initially seeing this plant in 1996, open flowers eluded me until now. I owe a special debt of gratitude to Pete Grube for keeping me posted on the status of the plants, or I probably would have forgotten about this species entirely. 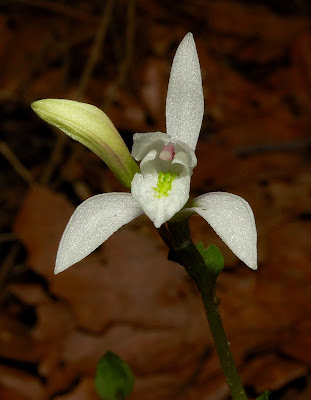 Thismia Hunt 2011 Is Just Around The Corner 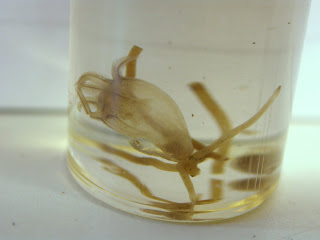 To learn about this tiny, mysterious plant, see my recent post at Through Handlens and Binoculars.
Posted by Scott Namestnik at 10:18 PM 7 comments: