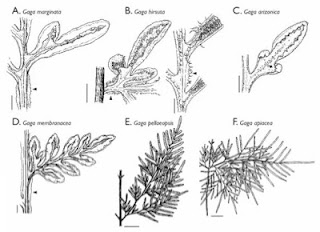 Do You Know This Plant?

I recently posted the following as a plant quiz...
--------------------
I've taken a lot of photos this year, and I hope at some point I'll be able to catch up on posting some of them here and at Through Handlens and Binoculars.  In the meantime, here is a fun plant quiz.  Good luck! 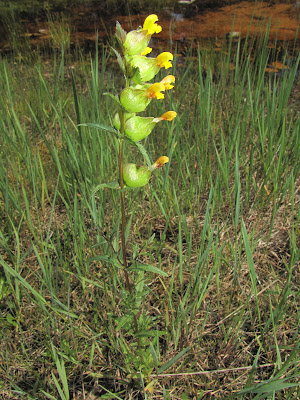 --------------------
As Ben said, the plant looks very "Pedicularis-ish," but A.L. noticed the inflated calyx with four lobes and correctly identified the plant in the photo as Rhinanthus minor.  Based on the whitish teeth on the corolla and the lines of hairs on two sides of the stem, as well as the mostly dentate leaves, I would call this Rhinanthus minor ssp. groenlandicus based on the most current understanding of the species.  Like other plants in the Orobanchaceae, this species is a hemi-parasite that can sometimes obtain nutrients from the roots of nearby plants.   "Rhinanthus" means "snout-flower," a reference to the nose-like appearance of the flowers.

Yellow Rattle, as it is commonly known because of the rattling sound made by the seeds within the inflated calyx when the fruit matures, grows in a wide variety of open habitats, ranging from wet to dry.  It sometimes grows in calcareous situations.  In this instance, Bruce Behan and I found it growing in moist shallow soil in an open area within a sandstone pavement community in Clinton County, New York.


There is apparently some disagreement on whether or not Rhinanthus minor is native in New York.  Some authors consider it native in most of Canada and in the Pacific Northwest, as well as in one county in New Hampshire, but non-native throughout the rest of its range in the United States.  Other authors seem to consider it to be native where it occurs in the United States.
Congratulations, A.L., on correctly identifying the plant in this plant quiz!
Posted by Scott Namestnik at 7:36 PM 6 comments:

This attractive grass is frequent in dry sand throughout much of Indiana. At maturity the panicles break free of the plant and tumble their way around the sand country,  dispersing seeds as they go. 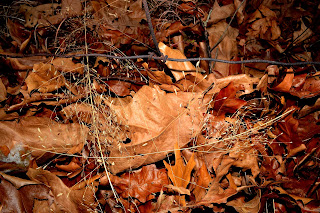 In the book, "Grasses of Indiana," Charles Deam wrote this: "The panicle of this species breaks off easily at maturity, and it is a common thing to see great heaps of them piled by the wind against a fence. Hence it is often called a "tumble-weed."
Posted by Keith Board at 6:08 PM 2 comments:

Email ThisBlogThis!Share to TwitterShare to FacebookShare to Pinterest
Labels: Eragrostis

This extremely attractive native grass, Aristida purpurascens, is occasional in dry, sandy places that are not too disturbed. 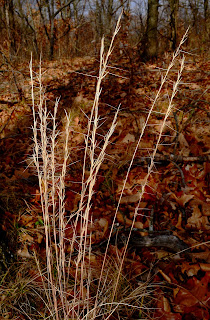 Photographed at Ober Savanna Nature Preserve near Ober, Indiana, on November 4, 2012.
Posted by Keith Board at 5:49 PM No comments: