If There Was A Needle In That Haystack...

In early July, I joined Rich Dunbar and Roger Hedge in a search for one of Indiana's most diminutive and inconspicuous orchids, Malaxis unifolia.  We were at a known site for the species, but it hadn't been seen there in many years, and we didn't have good location or population size information.  For the first few hours of our visit, we searched unsuccessfully, making us begin to wonder if it was no longer present at this site. 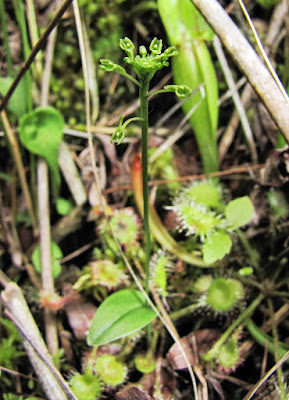 Then, by some small miracle, I spotted a tiny sterile leaf on a mossy hummock that I was convinced was Malaxis unifolia.  This led us to find several plants in the first of a few populations of Malaxis that we found that day. 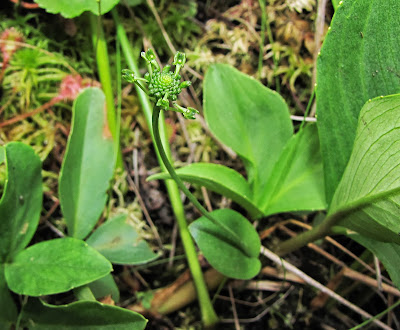 I'd seen this little green-flowered orchid before in Wisconsin, but I had forgotten just how small it was.  The Drosera rotundifolia leaves in the first photograph above give an idea of scale.  Given the size and flower color, how many individuals were there that we didn't find? 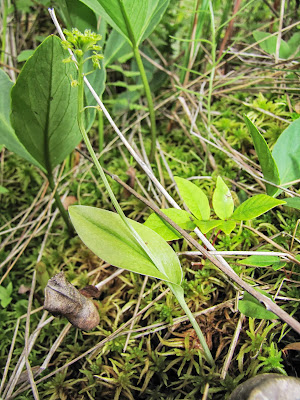 Malaxis unifolia is known from the eastern half of North America, but it is most frequent in the upper Great Lakes region and in New England.  It is considered a species of conservation concern in six states.  Habitat includes swamps, bogs, and in much drier conditions in heathlands, sand barrens, and open upland woods.  This is another species that seems to be more reliant on soil chemistry than soil moisture.
Posted by Scott Namestnik at 9:40 PM 5 comments:

Email ThisBlogThis!Share to TwitterShare to FacebookShare to Pinterest
Labels: Malaxis

I recently was in a sand prairie/savanna remnant in St. Joseph County, Indiana when I stumbled into a healthy population of Stachys hyssopifolia (I later found out that Keith Board had found this population years before).  This mint is found at various locations in states along the east coast of the United States, but it is also disjunct in the Midwest/Great Lakes region, specifically in Michigan, Indiana, Illinois, and to a lesser extent in Missouri.  In 25% of the states in which it occurs, Stachys hyssopifolia is considered a species of conservation concern. 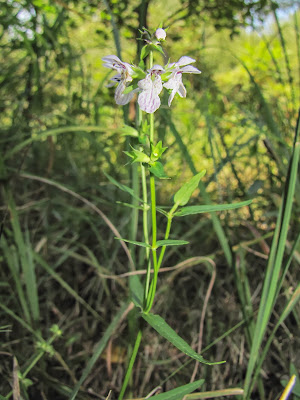 Stachys hyssopifolia has an interesting ecological distribution.  Those who have compiled the National Wetland Plant List seem to think of this species as a pure wetland plant, as it is ranked as OBL or FACW in all regions in which it occurs.  That would mean that it is almost always found under wetland conditions but that it is occasionally found in uplands.  Many of the references I checked state that this species is found in moist soils, often near lake margins, and also in bogs.  This is of course true, but it is also found in dry acid soils of prairies and savannas.  Regardless of wetness, it seems that Stachys hyssopifolia tends to require acidic conditions. 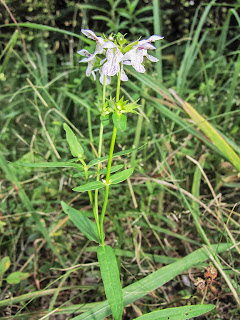 Stachys hyssopifolia, like some other members of the genus, is said to have edible tubers. 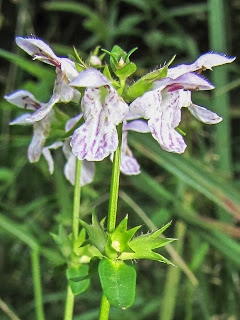 Email ThisBlogThis!Share to TwitterShare to FacebookShare to Pinterest
Labels: Stachys

Wild Golden Glow!  This common native, Rudbeckia laciniata, lights up the darkness when it grows in damp, shady places. 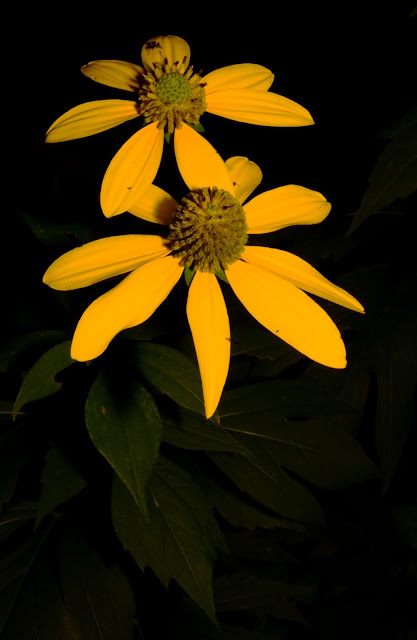 Posted by Keith Board at 2:01 PM No comments: