Last summer while botanizing a railroad in I noticed a dense, reddish colony of a short grass that from a distance looked like Stink Grass (Eragrostis megastachya or E. cilianensis). 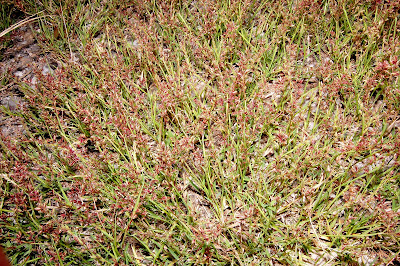 Drawing closer I was startled to see uncinate spines on the indurated glumes and/or lemmas. It's difficult to tell what's a glume and what's a lemma on this unusual grass. 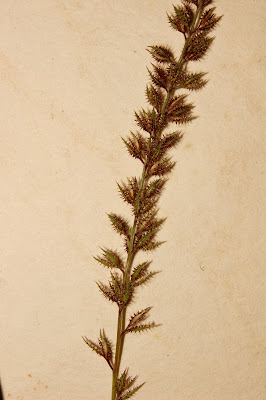 It turns out to be a little weed of limited distribution called Stalked Bur Grass, Tragus racemosus. According to literature, it catches in lambs' wool and shows up around woolen mills but does not persist. 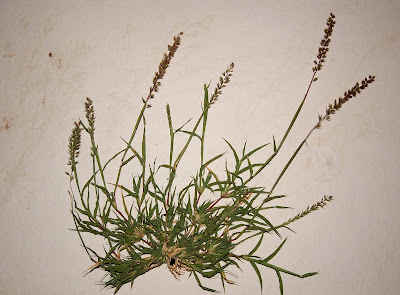 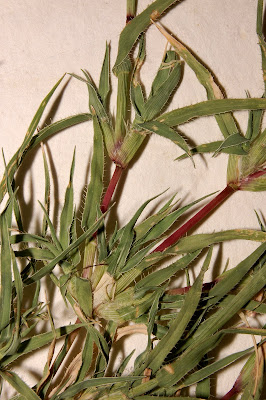 Further exploration revealed two more colonies along this same track in neighboring . This little grass certainly is not native here, but it's new and that makes it interesting, at least to me! Specimens are being deposited at the herbarium of the Morton Arboretum in Lisle, Illinois.

Email ThisBlogThis!Share to TwitterShare to FacebookShare to Pinterest
Labels: Tragus 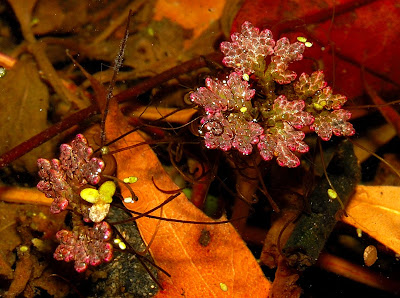 This tiny, floating aquatic fern is occasional on quiet backwaters in northern Indiana. It usually bears a reddish color, making it stand out from the little duckweeds with which it grows. Its reproductive cycle is much different than terrestrial ferns (it produces separate male and female spores, each producing their own gametophyte), and it lives in symbiosis with a blue-green algae, Anabaena azollae, which fixes atmospheric nitrogen. There is debate on identification of two species in the Midwest: Azolla caroliniana and Azolla mexicana.
In other parts of the world, Azolla species can be very beneficial in agriculture, covering the water's surface in rice paddies, adding nitrogen to the mix and growing so thick as to keep weeds at bay, but these same tendencies can have disastrous effects in natural wetlands, especially where freezing weather does not occur. When crowded, it tends to grow upwards from the water's surface.
Photographed in a bayou of the Kankakee River in Indiana on November 25, 2011.
Posted by Keith Board at 9:19 AM 3 comments:

Email ThisBlogThis!Share to TwitterShare to FacebookShare to Pinterest
Labels: Azolla

The indefatigable Pete Grube has identified this plant correctly. It is Arabis lyrata, the Lyre-leaved Rock Cress, or whatever they call it now. Winter leaves are often thicker and with lobes more blunt. When it flowers on the foredunes in early spring, the basal leaves wither away very early, and often are not visible at all. Photographed in the high dunes of the Indiana Dunes State Park on a warm November 6, 2011. Good call Pete!
It's enjoyable to find something green and growing in November when most plants are going dormant. This is one of my favorite plants - I like the display of radial symmetry (though imperfect) and the fact that the upper layers of leaves are positioned so as not to block sunlight from the lower. Even more remarkably, the lobes on the upper leaves tend to be directly above the sinuses (empty spaces between lobes ) below! 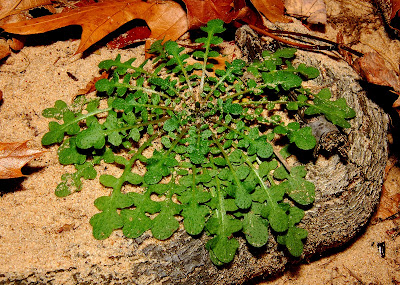 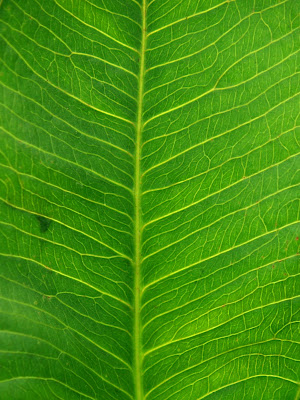 Last spring, after a few lectures on the wonders of photosynthesis, I had my students each write a haiku about this magical process. Here is my favorite:
thylakoid pancake
gooey green stacks of grana
stroma syrup please
Posted by Justin R. Thomas at 6:08 PM 1 comment:

My friend Ellen in upstate New York is selling her beautiful country home and native plant nursery. The price is a bargain, especially when you consider the quality and size of the house, the nearly 9 acres included, and the many, many perennial plants that remain. Here is the text of her email - make sure to view the photos after clicking on the link. Go well Ellen, and thanks again for the Polymnia uvedalia that flowers so nicely every summer in my rain garden.
---------------------
Dear Friends - since my iContact account is active until the end of the
year, I'm using it to mail you one last time to let you know that the property
of the former Seneca Hill Perennials is for sale. Most of you
can hit the "delete" button right now, but for those who might be
interested in a beautiful house in a beautiful place, at a price you can't
buy a garage for where some of you live, read on.

In brief: the property consists of a 4 BR, 2.5 bath 1914 American
foursquare on 8+ acres. Included are the one remaining greenhouse (28' x
48') roughly 2 acres of gardens, a row of mature blueberry bushes, lots of
rare and beautiful trees and plants, a large dug pond with koi, goldfish,
bullfrogs, green frogs, and breeding toads in season, an old garage for
storage, a newer 2.5 car garage with heat, insulation and a
finished interior. We have city utilities (natural gas and water) and a
septic system. The price ($169,900) reflects the value of the buildings and land on
the local market. You get roughly $100K worth of gardens, plus the
greenhouse, at no additional cost (the rest of the greenhouses have been removed).

I am, of course, happy to answer questions, but if you wish to view the
property you must go through a realtor. My husband and I are in the
process of packing to move to Shrewsbury, MA, and I don't have time to
market this house as well.

Here's the link to the listing: http://www.prudentialcnyrealty.com/viewhome.asp?HomeID=S262125

Ellen
Posted by Keith Board at 7:12 PM No comments: