Trillies, Lilies, and the Rest of the Bunch

I've been so busy this spring that I haven't had much time to get out and botanize. This past Tuesday evening, I visited property of friends of ours just northeast of Potato Creek State Park in St. Joseph County, Indiana. Unfortunately, there wasn't enough daylight for me to take photos at that time. Today, Lindsay, Bootypants, and I went back to this mesic upland forest to snap some shots. 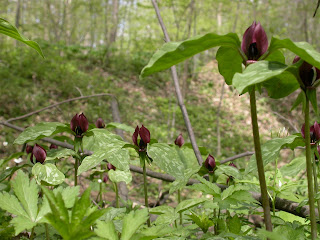 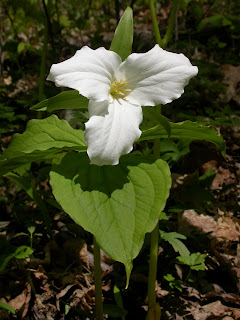 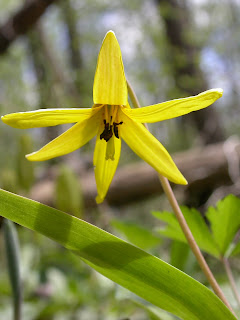 Erythronium americanum. Very few individuals of this species still had flowers; most had dropped petals and were developing fruit. 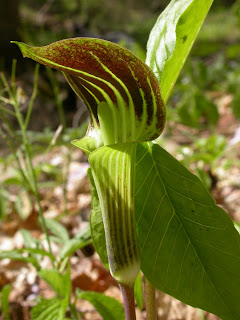 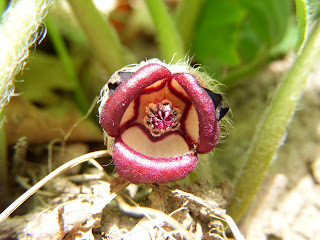 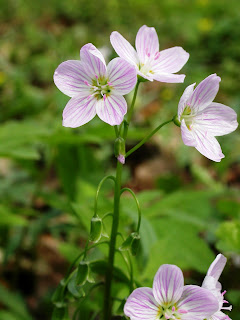 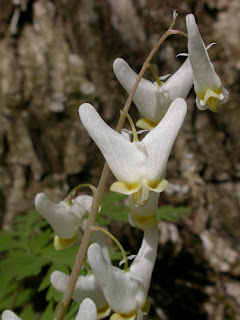 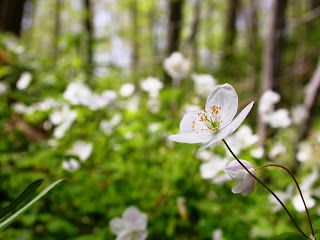 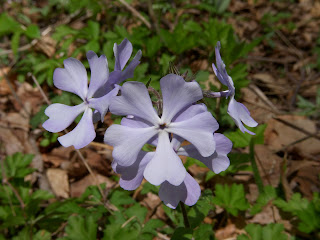 Phlox divaricata. The best I can tell, this is ssp. divaricata, with notched petals. Unfortunately, the references I've seen say that the unnotched variety/subspecies sometimes has notched petals, and vice versa. 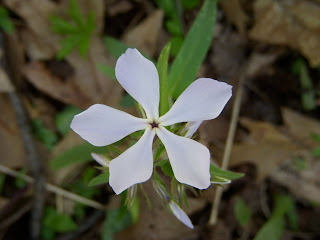 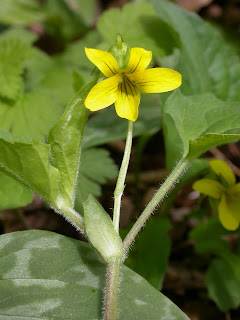 Many other species were blooming, but I missed seeing the earliest species (Sanguinaria canadensis, Erigenia bulbosa, etc.) in Indiana this year.
Additional photos can be found at Through Handlens and Binoculars by clicking here.
Posted by Scott Namestnik at 5:51 PM 3 comments:

The elongated spurs of our beloved Dutchman’s Breeches sometimes carry a pinkish tinge, as shown below. Fernald mentioned a forma “purpuritincta” with “calyx deep purple and the corolla pink, deep orange at the flexure.” This doesn’t seem to be that form, but it’s worth watching for, even though formae don’t usually carry a lot of taxonomic significance. Imagine you’re a little bee buzzing in for a landing on the upper flower… Everything seems OK, right?... 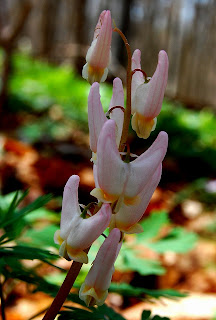 The second picture shows the same plant from a different angle, where a small Nursery Web Spider waits for its prey. Interestingly, I did not see the spider when taking the photos. If I was a bee, Shelob would be having me for dinner. 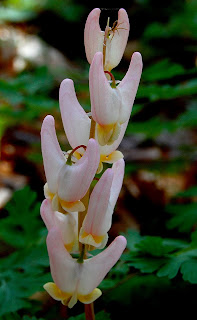 More photos of Dutchman’s Breeches, for those who, like me, can never grow tired of seeing and photographing this curious little plant! 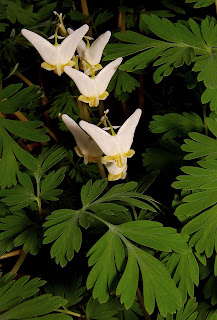 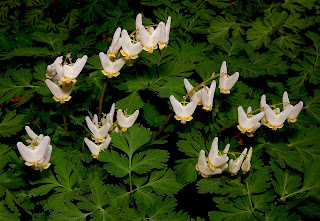 The question is not what you look at, but what you see. Henry David Thoreau Journal, 1851.

ID This - A Correct Quiz Answer

I recently posted the following photo as a plant quiz... 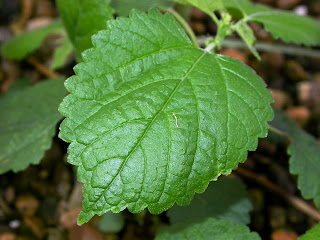 Some of the guesses included Boehmeria cylindrica, Urtica dioica (or maybe Laportea canadensis), and Pilea pumila. None of these were correct, but what do they all have in common? They are all in the family Urticaceae. When I first saw this plant, I was convinced it was in the family Urticaceae, but nothing fit. As I was about to give up until I could see a more mature specimen, I thought... man, those leaves look like mulberry. Then it hit me that there was an herbaceous, non-native mulberry that I had never seen. I looked up Fatoua villosa, Mulberry Weed, and sure enough, it was a perfect fit. Interestingly, this species was once known as Urtica villosa. 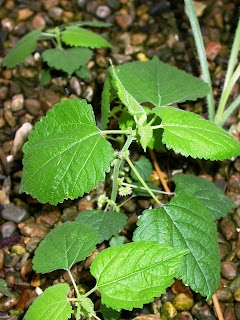 This is Fatoua villosa, Mulberry Weed, or Hairy Crabweed (Moraceae). It was introduced in the United States from east Asia as recently as the 1960s. First found in Louisiana, it has rapidly spread throughout the southeastern United States, pushing north into Indiana and Ohio; it has also been recorded in California and Washington. Much of its spread has been attributed to the horticultural trade, where it persists as a weed in greenhouses. 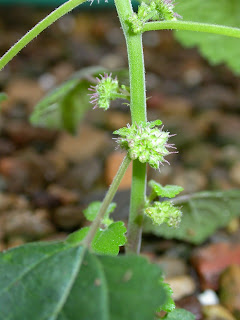 In many of the northern locations for this plant, it has been found more commonly inside greenhouses. Only very recently (1991 in Ohio) has this species been observed outside of greenhouses in the northern extent of its range. 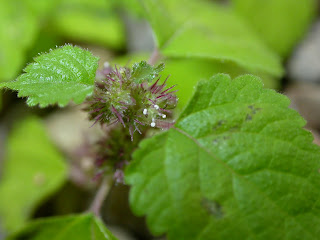 Mulberry weed is an annual that continuously produces an abundance of seeds from the time it is a very small plant until it reaches a maximum height of up to 80 cm. When mature, the seeds are "explosively expelled," according to Flora of North America. 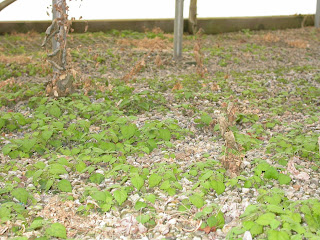 Watch for this weed around greenhouses, in waste areas, and in disturbed sites as it continues its northward expansion.

Congratulations, Justin and Susan, for correctly identifying the plant in this plant quiz.
Posted by Scott Namestnik at 7:29 PM 8 comments: