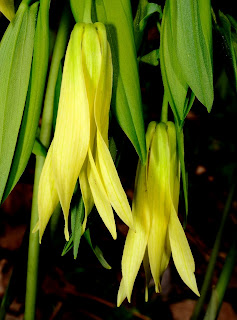 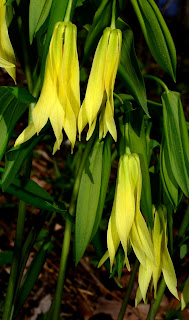 Posted by Keith Board at 9:09 PM No comments:

Email ThisBlogThis!Share to TwitterShare to FacebookShare to Pinterest
Labels: Uvularia

This well known native, Trillium sessile, was flowering in central Indiana today. It is similar to Trillium recurvatum, but Sessile Trillium has leaves that are sessile and sepals that are not recurved. 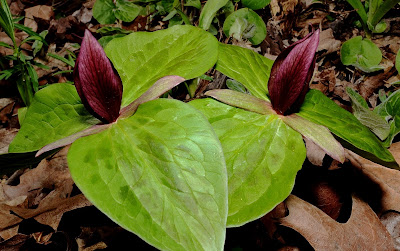 Posted by Keith Board at 8:55 PM No comments:

Email ThisBlogThis!Share to TwitterShare to FacebookShare to Pinterest
Labels: Trillium

Often growing among the ephemerals of our springtime woodlands, Cystopteris fragilis is one of the earliest ferns to emerge in Indiana. It's called "fragile" fern because the stipe is very brittle - if you try to bend it, it will snap in two. A few varieties of the species have been named, but since more than one can usually be found in a single, dense colony, and since intermediates are often seen, I do not recognize the varieties. 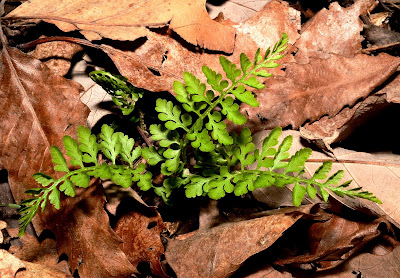 A closely related species known as Bulblet Fern, Cystopteris bulbifera, has much longer, gradually tapering blades and grows on rock cliffs and talus slopes. In late summer and fall it produces small, vegetative propagules known as bulblets on the underside of the blade. 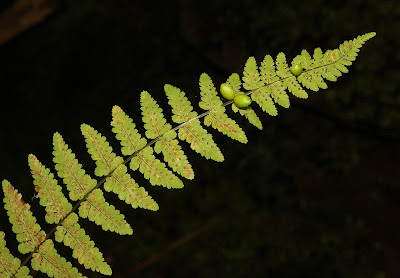 "Nature made ferns for pure leaves, to show what she could do in that line." Henry David Thoreau.
"Ferns are lovely. Ferns are beautiful." Emma Bickham Pitcher
Posted by Keith Board at 7:49 PM No comments:

I know this is an introduced agricultural weed, but it is fun to see and learn new plants, and to refresh and relearn the old plants. My brassicaceae and caryophyllaceae keys are getting some good wear right now. 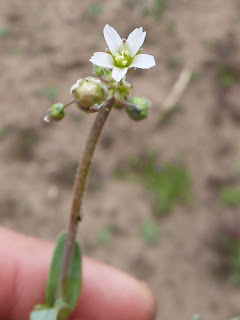 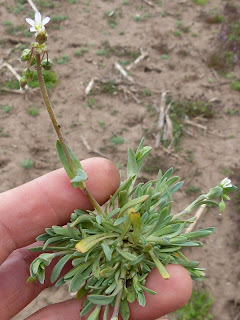 Holosteum umbellatum - Jagged Chickweed
Growing in a sandy agricultural field, Vigo County, Indiana, with several other chickweeds (Stellaria and Cerastium).
Posted by ben at 5:18 AM 3 comments: