Winter has definitely set in here in northern Indiana, so I am not taking many photos of plants these days. This is the time of year that I have a chance to go back through and post photos that I had intended to post earlier in the year but never did. Why not begin with a photo from March 2010... this is Piloblephis rigida, Wild Pennyroyal. 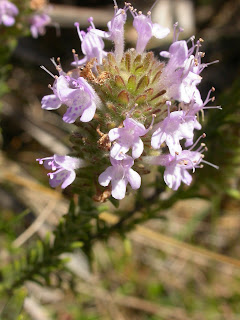 At the time that I took these photos, I was under the impression that Piloblephis rigida was endemic to Florida, but it appears that it is also known from a couple of locations in Georgia, where it is ranked S1. Piloblephis rigida grows in dry communites such as scrub, sandhills, and pine flatwoods. As with many mints, Wild Pennyroyal has various medicinal uses, including treatment of colds, fevers, and sores; it has also been used to induce vomiting. 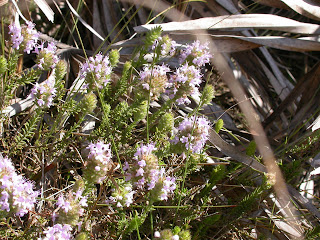 You may be thinking, "that sure looks like a Satureja or Clinopodium." In fact, this low shrub is treated by some botanists as Satureja rigida or Clinopodium rigidum.
Posted by Scott Namestnik at 6:19 PM 3 comments:

At Warren Woods in Berrien County, Michigan, I ran into this unusual beech tree while exploring off-trail. Its exaggerated lower portion is covered with all manner of burls or catheads, and even the little sprouts of trees emerging from the roots are stunted and knobby. Does anyone know what would cause this? It is hollow, and I was hoping to find a thriving colony of trolls living inside, or better yet, elves baking cookies. Or, since Notre Dame isn't far away, maybe a leprechaun dressed in green and whistling the ND fight song, waiting to give away a pot of gold. No such luck! 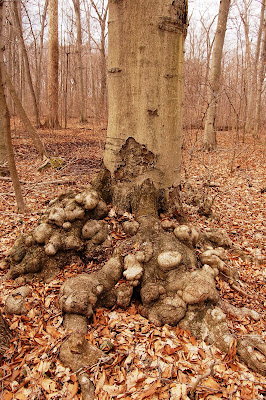 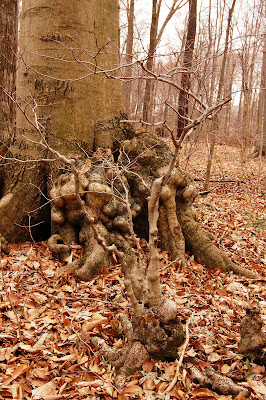 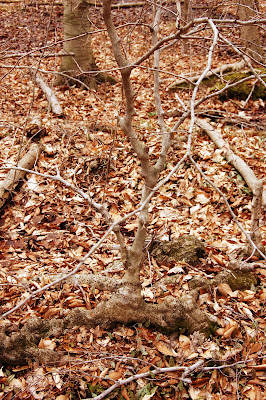 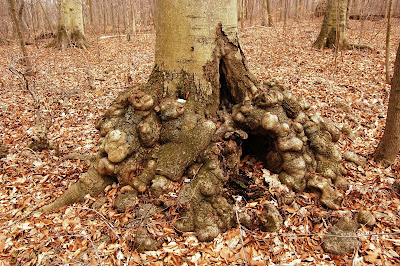 Email ThisBlogThis!Share to TwitterShare to FacebookShare to Pinterest
Labels: Fagus

I recently posted this question:

Can you name the plant, and the bug that makes these markings? Should be easy!

Prem and Scott both suggested, correctly, that the bug that does this is a leaf miner. I apologize that I can't call out the exact type. Scott suggested that the plant is Aster cordifolius, (Heart-Leaved Aster), and that is correct. Good work Prem and Scott! 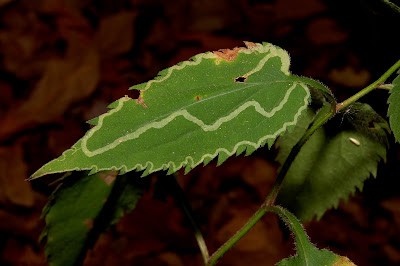 The South Bend-Elkhart Audubon Society annual holiday potluck is this Sunday, and the program at this event is members' slide shows. I've been going through my photos to put together a quick slide show on Indiana orchids, and I wanted to post a photo of one of my favorite orchids, Spiranthes lucida. This photograph was taken in June 2008 at Springfield Fen in LaPorte County, Indiana. 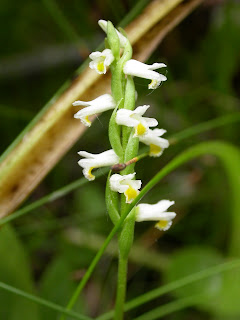 Spiranthes is from the Greek words "speira" and "anthos," which mean spiral and flower, respectively. A look at the inflorescence makes clear how the genus got its name. Lucida means "shining," a reference to the very shiny leaves of this species. The bright yellow spot on the lip in combination with the early (relative to other Spiranthes) flowering time make this species an easy ID, if you can find it. Spiranthes lucida is known from much of the northern 2/3 of eastern North America, but it is a species of concern in ten states. You can find Shining Lady's Tresses in wet, calcareous areas with little competition, often in areas with some disturbance (such as lake margins and streambanks).
Posted by Scott Namestnik at 4:28 PM 4 comments:

I was working in Southwestern Indiana (Dubois County) in a woodland, when I came upon a stand of understory trees that looked from a distance like young Ailanthus altissima. They were spindly, with fat twigs, about fifteen feet max. When I got closer, I realized that they were Devils Walking Stick. It would have been fun to see the place in the summer, since I am not too familiar with this species. 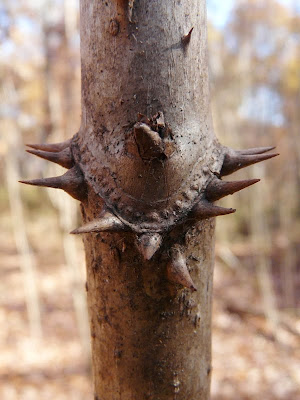 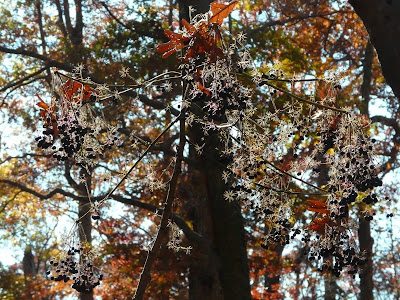 Email ThisBlogThis!Share to TwitterShare to FacebookShare to Pinterest
Labels: Aralia

Uncommon and difficult to find, these remnants of earlier times exist mostly due to the preservation efforts of caring people at The Nature Conservancy, the Indiana DNR Division of Nature Preserves, several private land trusts, and of course the people who support them.
Cypripedium candidum, Whippoorwill's Shoe, Small White Lady's Slipper 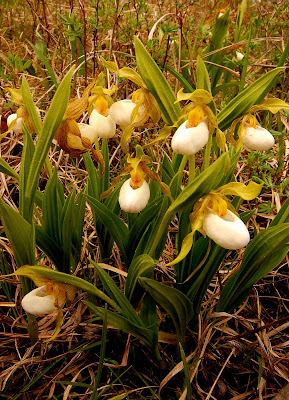 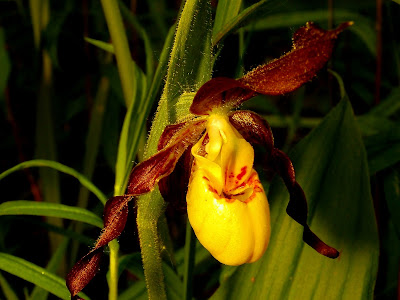 Hybrid Lady's Slipper. This is a hybrid of the two previous species, Small White and Small Yellow Lady's Slipper. Depending on your treatment of the large and small yellows (as varieties or distinct species), this hybrid is either Cypripedium X andrewsii or Cypripedium X favillianum (see Swink and Wilhelm, 1994). This orchid is known to backcross with parents, resulting in a "hybrid swarm." 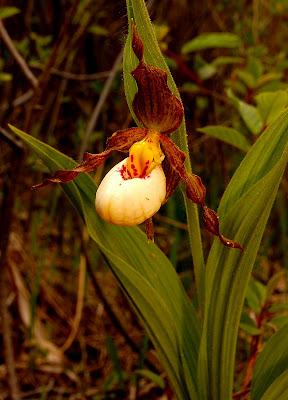 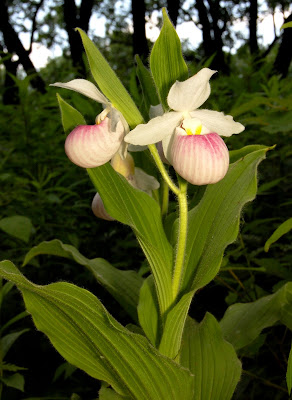 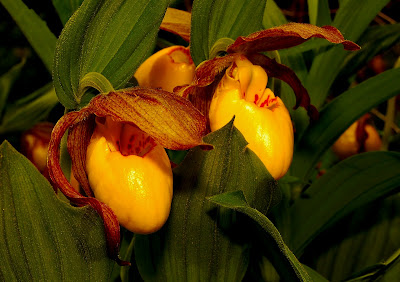 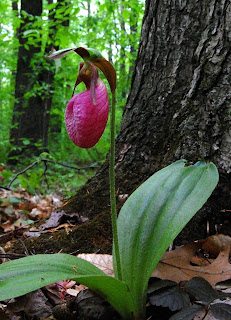 "Every creature is better alive than dead, men and moose and pine trees, and he who understands it aright will rather preserve life than destroy it." Henry David Thoreau, The Maine Woods
Posted by Keith Board at 9:00 AM 5 comments: