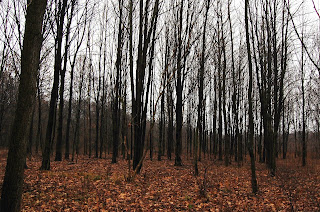 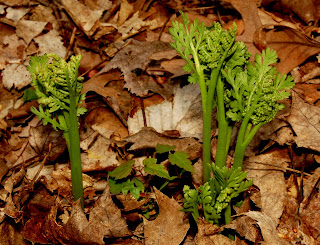 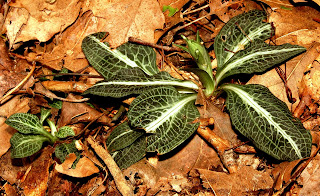 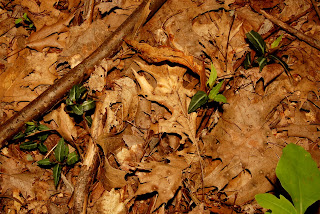 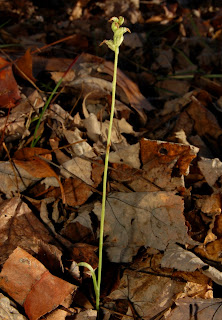 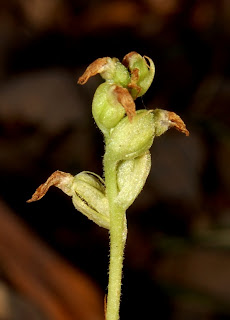 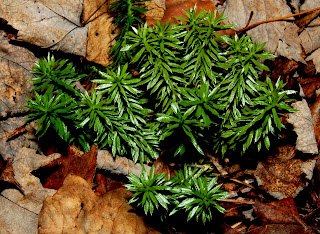 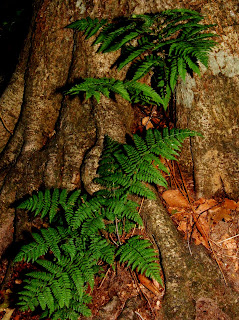 Great post, Keith! I am definately going to watch tree trunks next time it rains. I have also heard that the tree trunk and immediate root mass serve as a temperature buffer since the water in the tree is slower to cool down or warm up than the surrounding soil or air. This also explains the micro habitat that is often found around the base of large trees. I wonder if there are any papers out there on the topic of tree trunk microhabitats. It would be a fascinating phenomenon to study.

When I saw the title "Interesting Little Forest," my first thought was of the miniature forest of club moss at the base of an old fenceline maple. Thank you for this beautiful and informative post.

Thanks for the kind words, P.J.! You reminded me of the time I went on a camping trip to Sleeping Bear Dunes in Michigan. The park campground was full so I found a private campground nearby. I asked the owner's permission to botanize the area, and he told of a small forest of "tiny pine trees" that had not grown in 20 years. I couldn't imagine how that could happen until he showed me the site - and I saw a colony of Lycopodium obscurum, the "Ground Pine" or "Tree Club Moss!"

What an interesting assemblage of plants. I wonder if red maple requires acidic soil chemistry more than it relies on a certain hydrological regime. It invades in all sorts of forests, from wet, swampy ground up to dry, rocky black oak woodlands. I don't typically think of sassafras and black cherry growing in moist or wet soils, so I wonder if the soils at this location aren't as moist at the surface for as long as you think.

Great post, Mr. Keith.
Great information had collected by you.