I had the opportunity on Saturday to botanize several southwest Michigan sites with Brad Slaughter and Dave Cuthrell.  As we were leaving a fen and heading back to our vehicles, Brad spotted the unique Geum rivale (Purple Avens) along the gravel road. 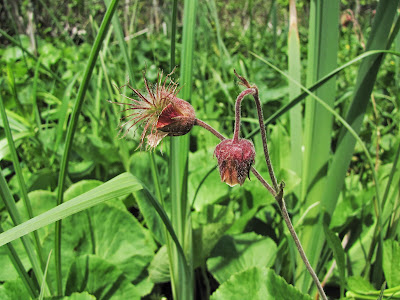 Geum rivale is a circumboreal species, being known from much of Canada south into the Upper Great Lakes and the Rocky Mountains, as well as northern parts of Europe and Asia. Because it reaches the southern edge of its range in a few northeastern Indiana counties, it is listed as endagered in the Hoosier State. 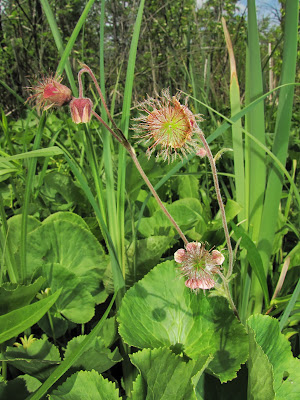 We saw some pretty interesting plants on Saturday, including orchid hybrids, state-listed species, and good mesic forest sedges, but this member of the Rosaceae was one of my highlights. 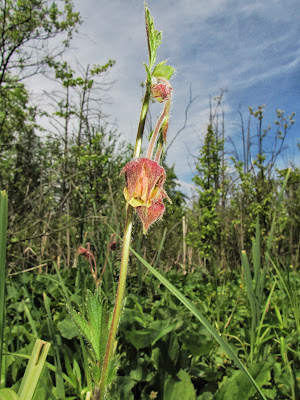 Posted by Scott Namestnik at 7:57 PM

Email ThisBlogThis!Share to TwitterShare to FacebookShare to Pinterest
Labels: Geum